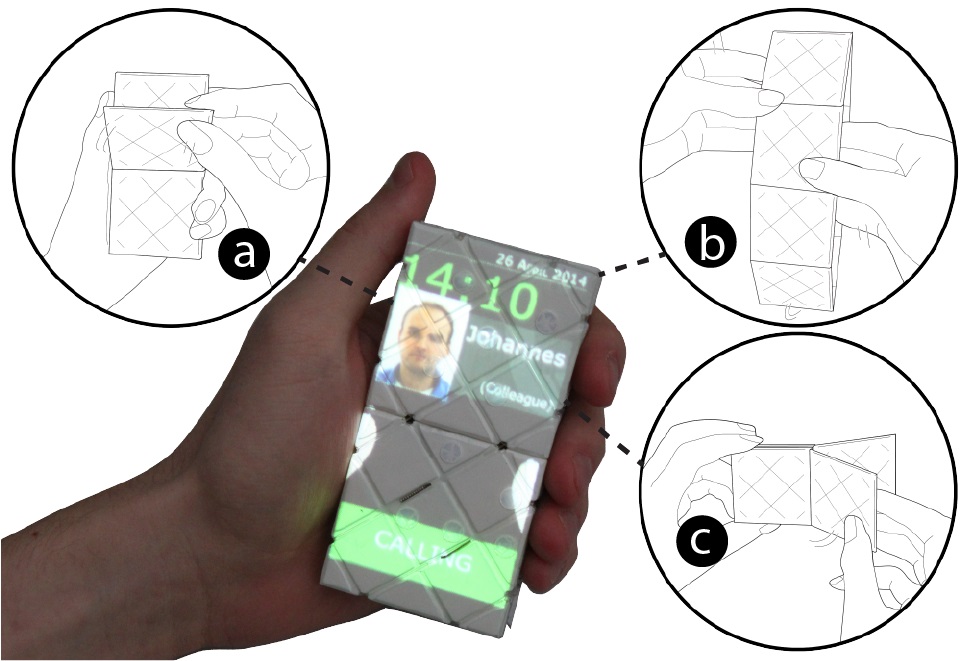 Touch screens have been widely adopted in mobile devices. Although touch input is very flexible in that it can be used for a wide variety of applications on mobile devices, they do not provide physical affordances, encourage eyes-free use or utilize the full dexterity of our hands due to the lack of physical controls. On the other hand, physical controls are often tailored to the task at hand, making them less flexible and therefore less suitable for general purpose use in mobile settings. In this paper, we show how to combine the flexibility of touch screens with the physical qualities that real world controls provide in a mobile context. We do so using a deformable device that can be transformed into various special-purpose physical controls.

We present Paddle, a highly deformable device that can be transformed to different shapes. Paddle bridges the gap between differently sized mobile available devices nowadays, such as phones and tablets. Additionally, Paddle demonstrates a novel opportunity for deformable devices to transform into differently shaped physical controls that provide clear physical affordances for the task at hand. Physical controls have the advantage of exploiting people's innate abilities for manipulating physical objects in the real world. We designed and implemented a prototyped system of which the engineering principles are based on the design of the Rubik's magic, a folding plate puzzle. Additionally, we explore the interaction techniques enabled by this concept and conduct an in-depth study to evaluate our transformable physical controls. Our findings show that these physical controls provide several benefits over traditional touch interaction techniques commonly used on mobile devices. 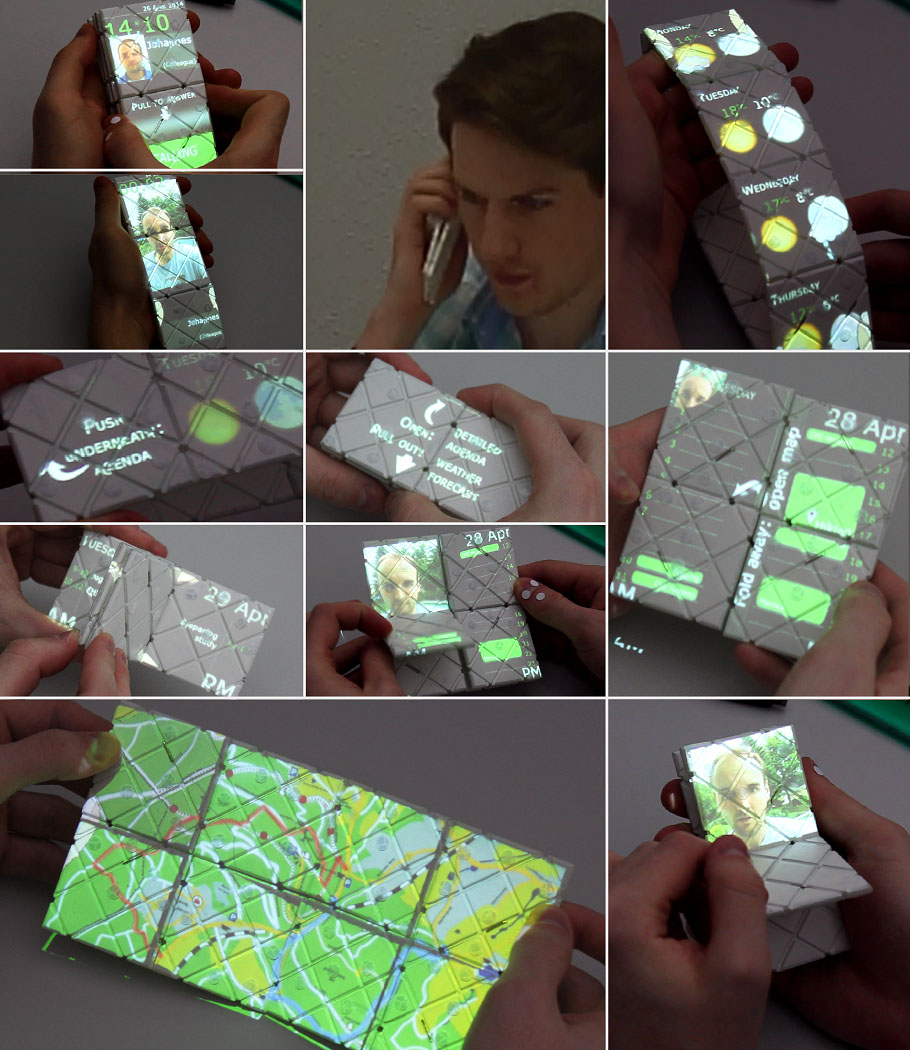 An example interaction that illustrates how Paddle could be used during a call. 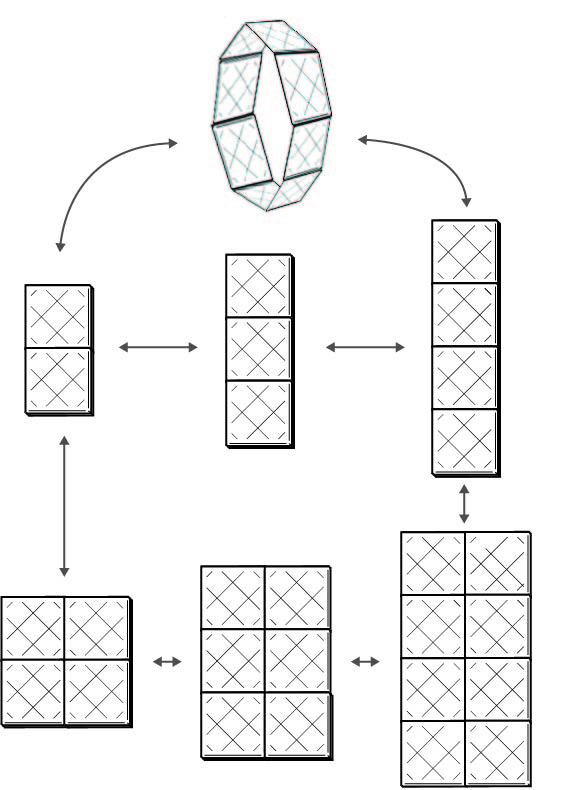 The transformations supported by Paddle. 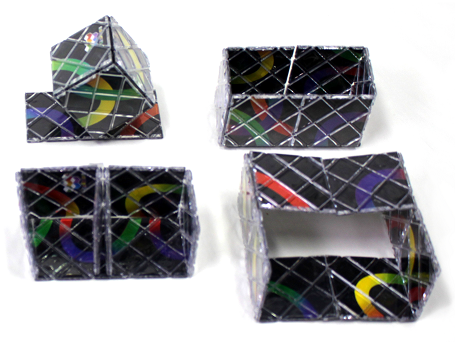 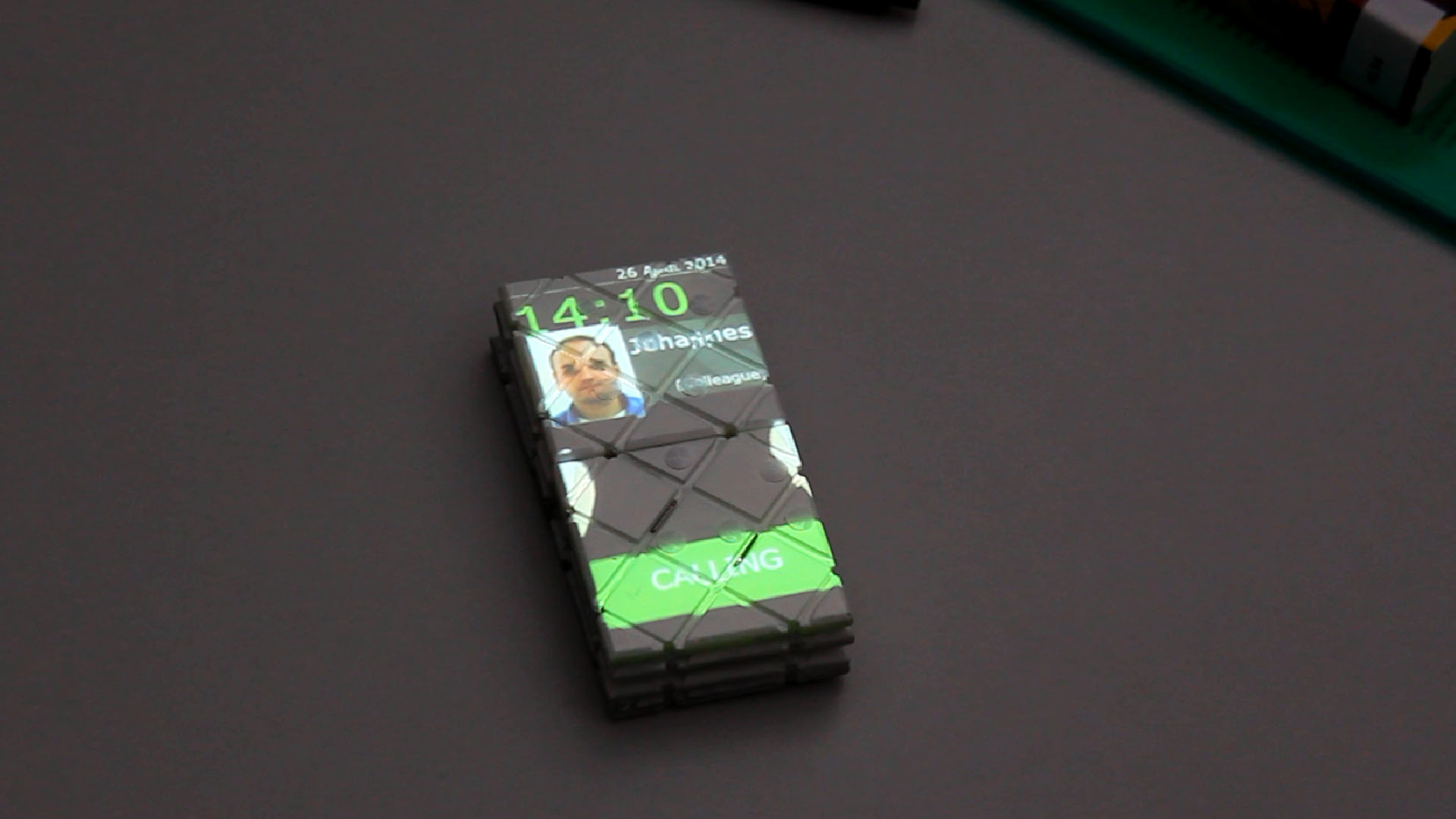 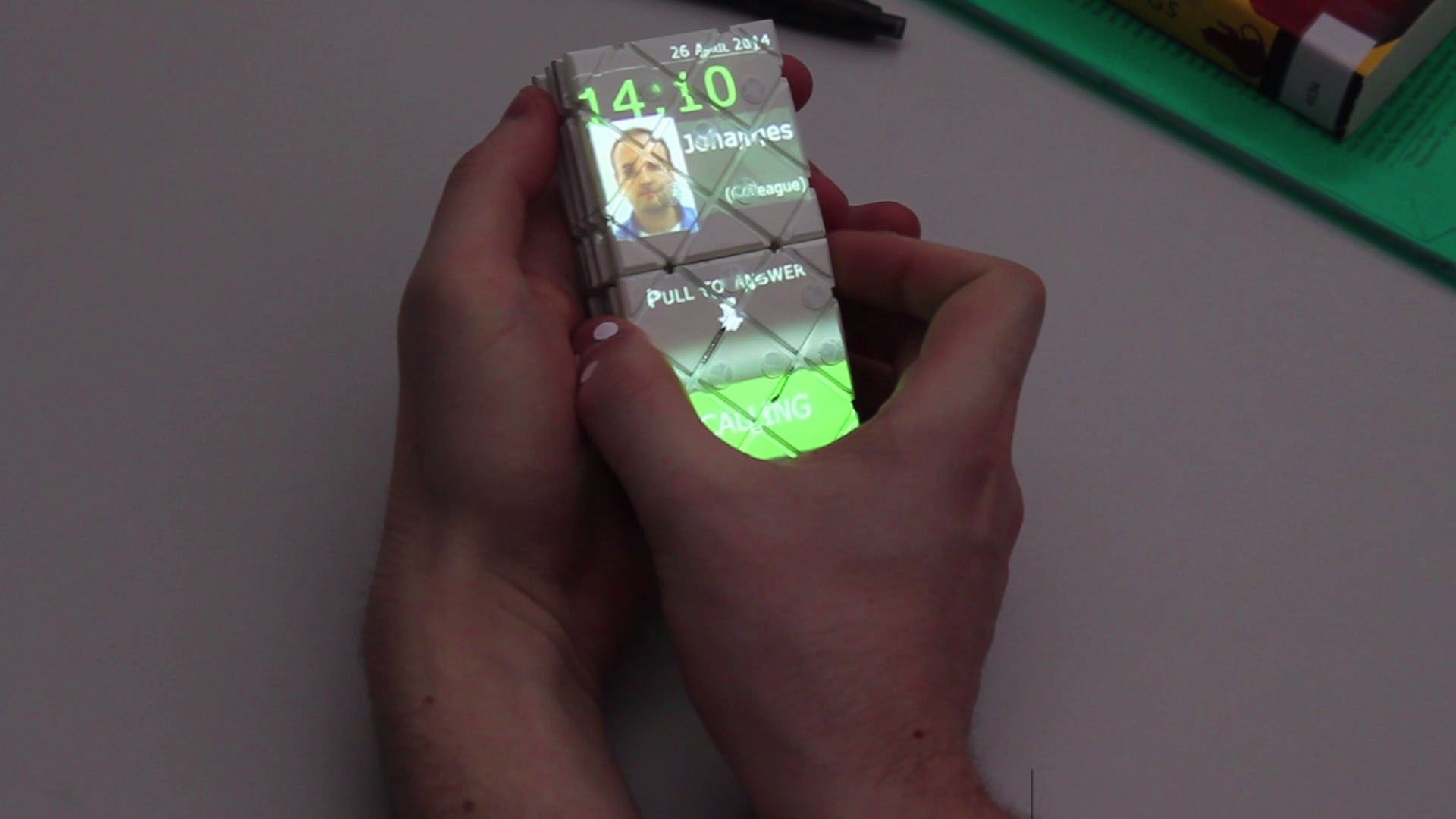 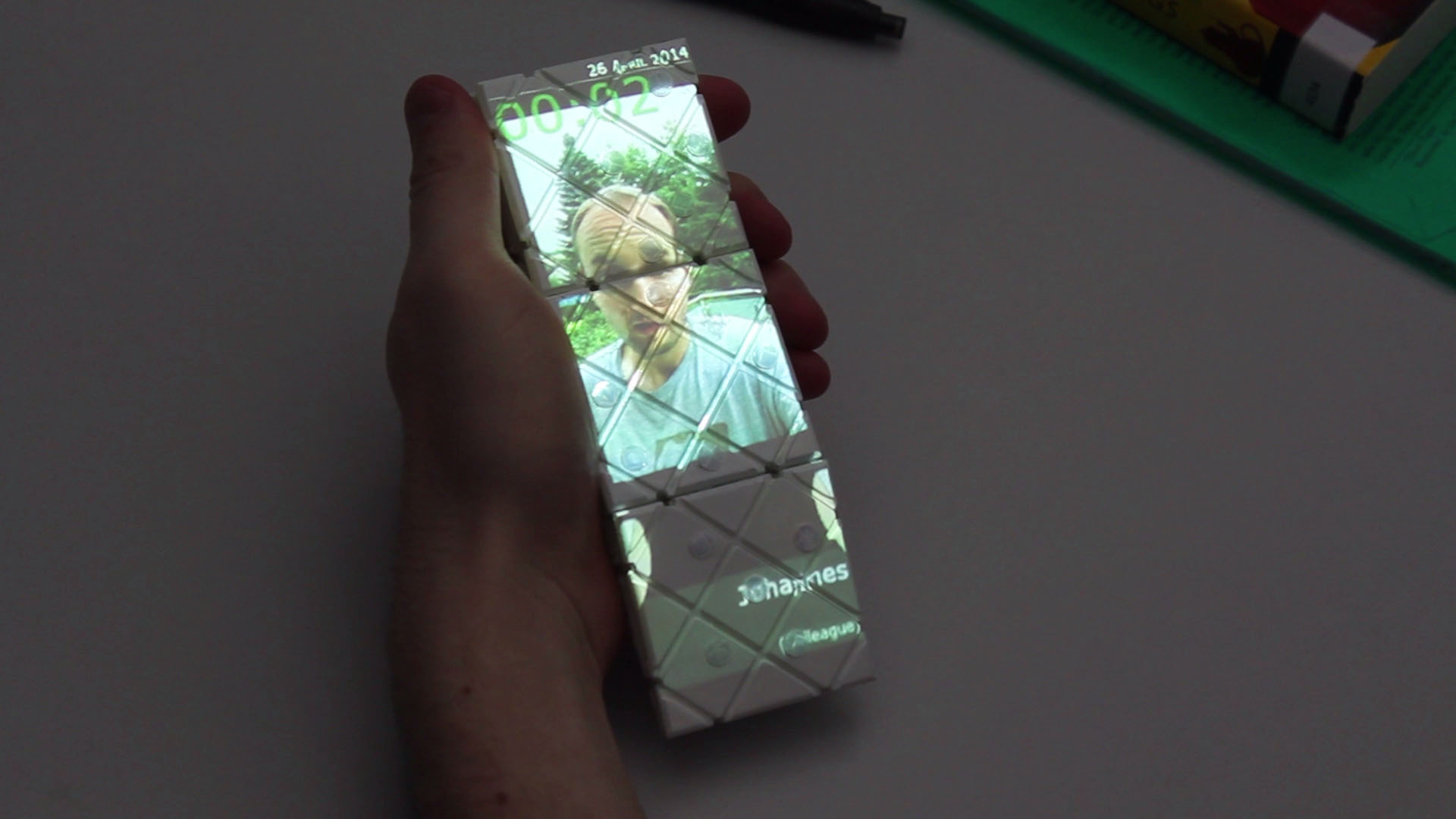 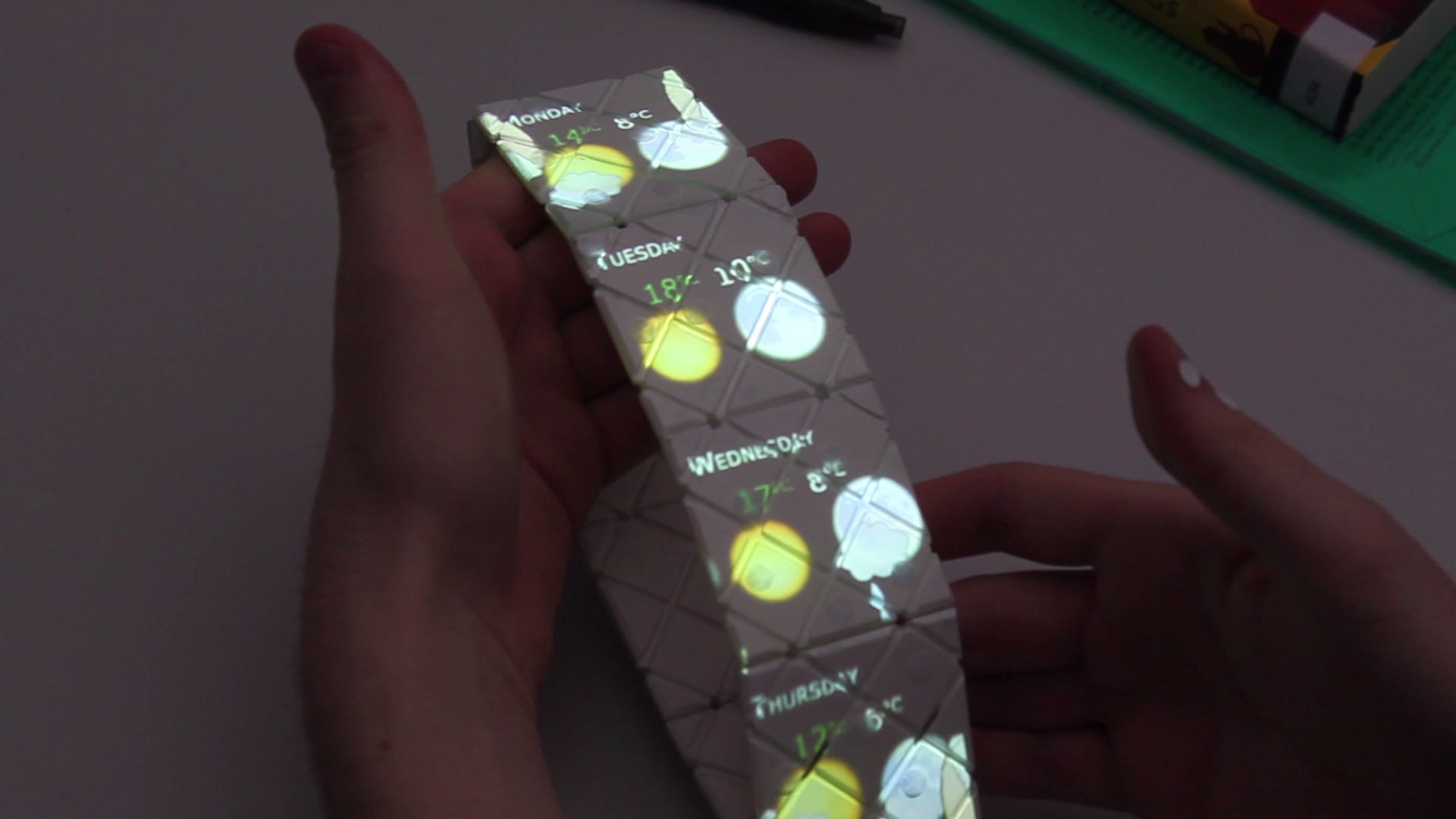 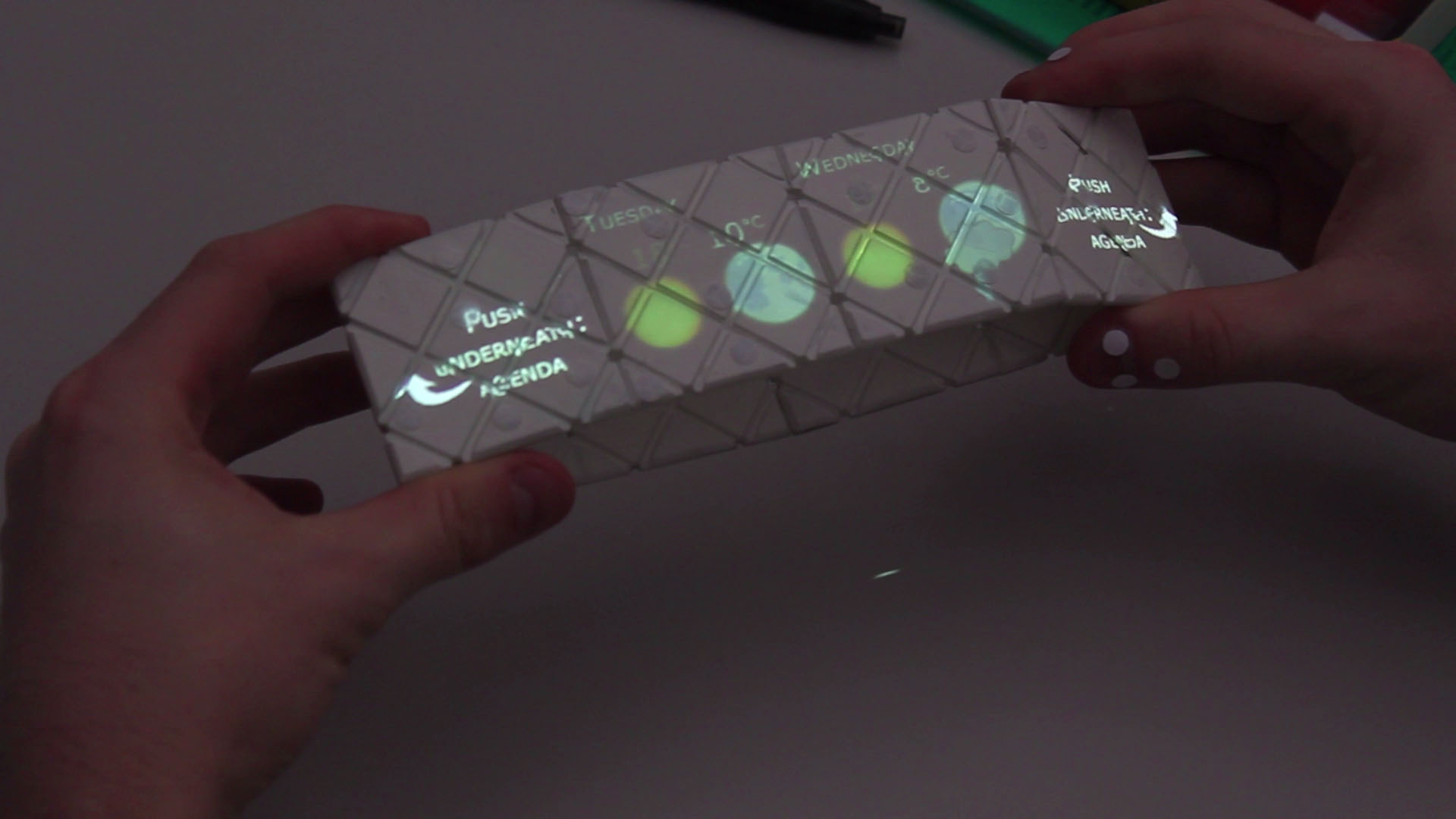 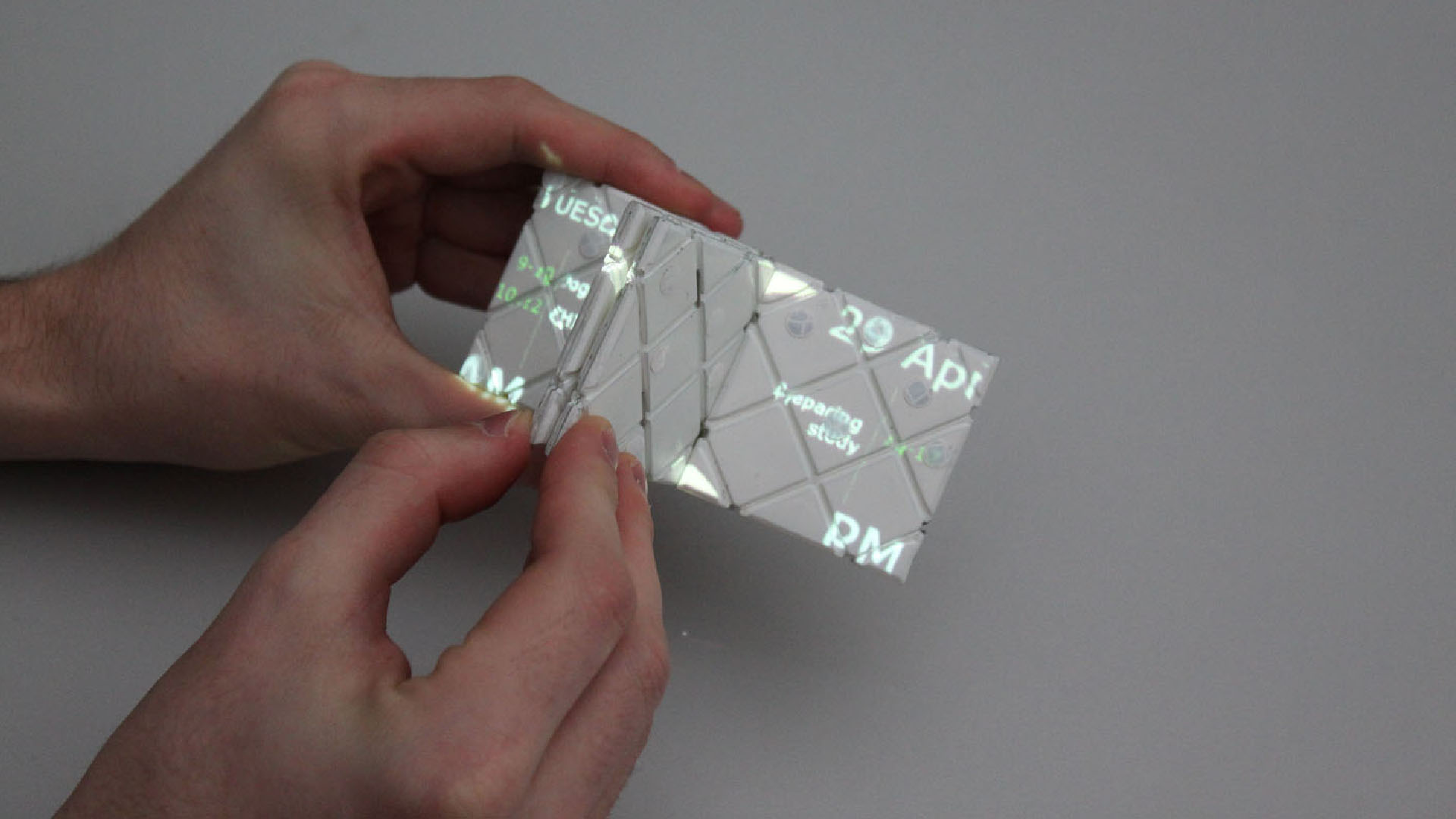 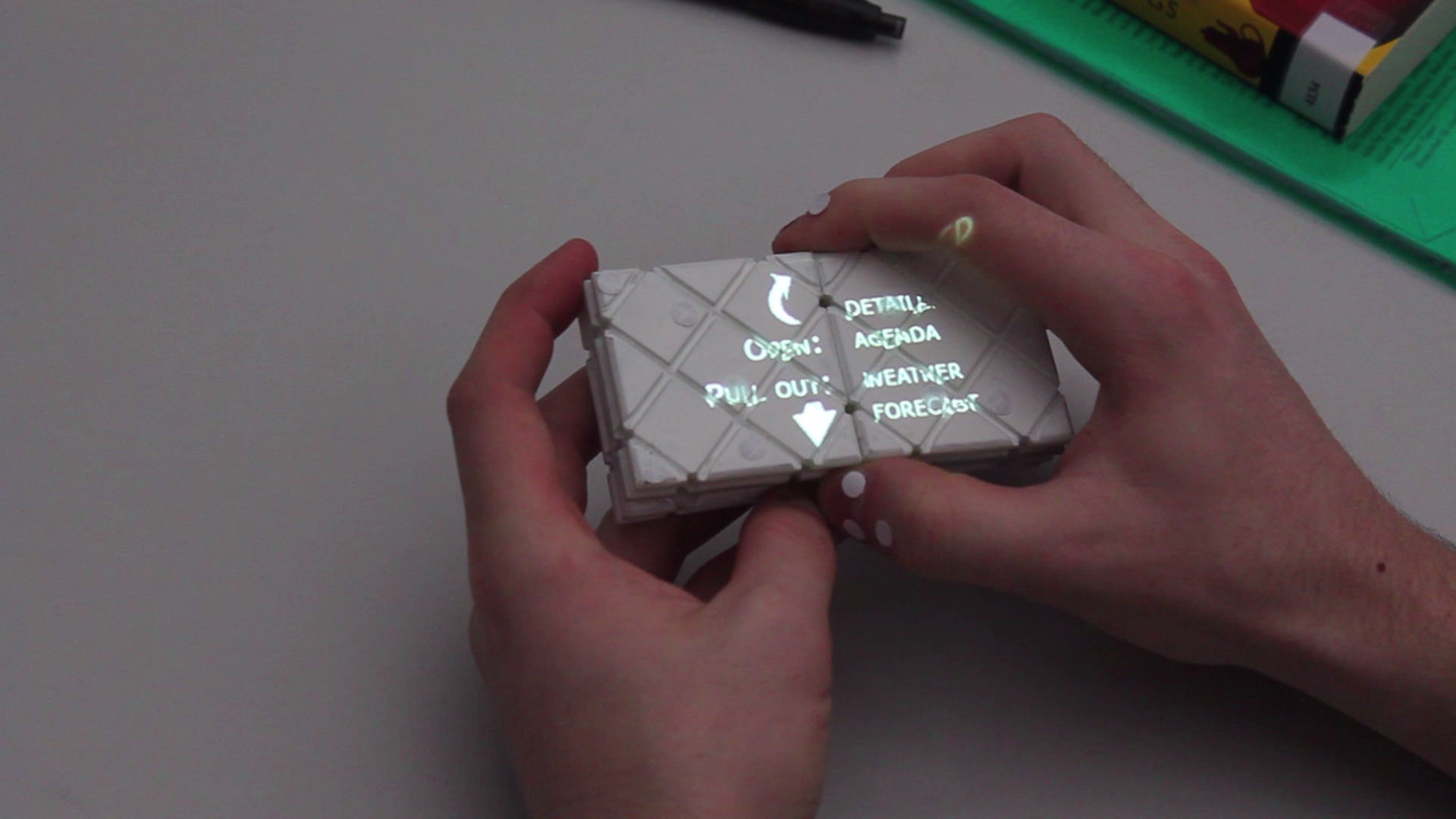 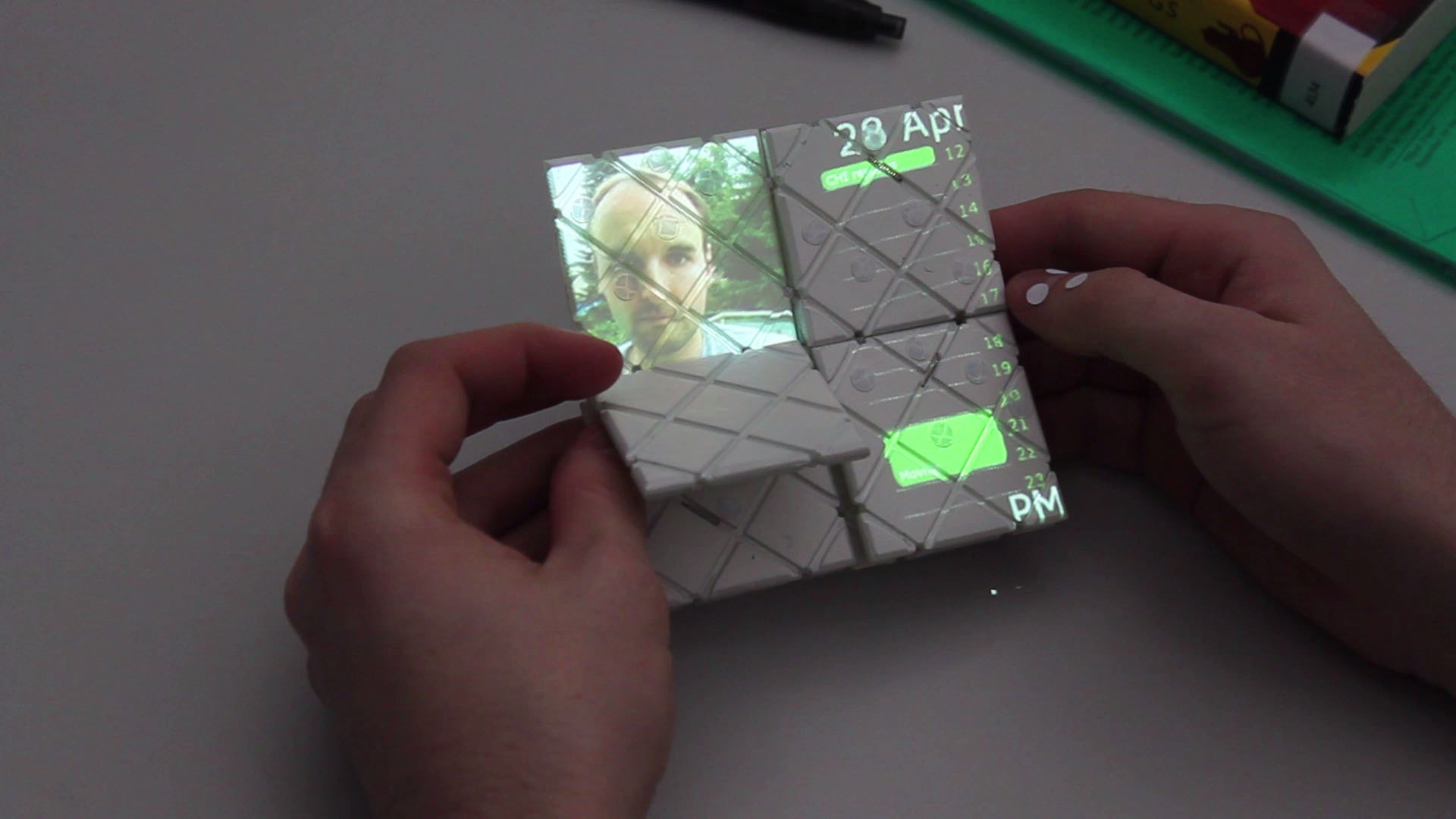 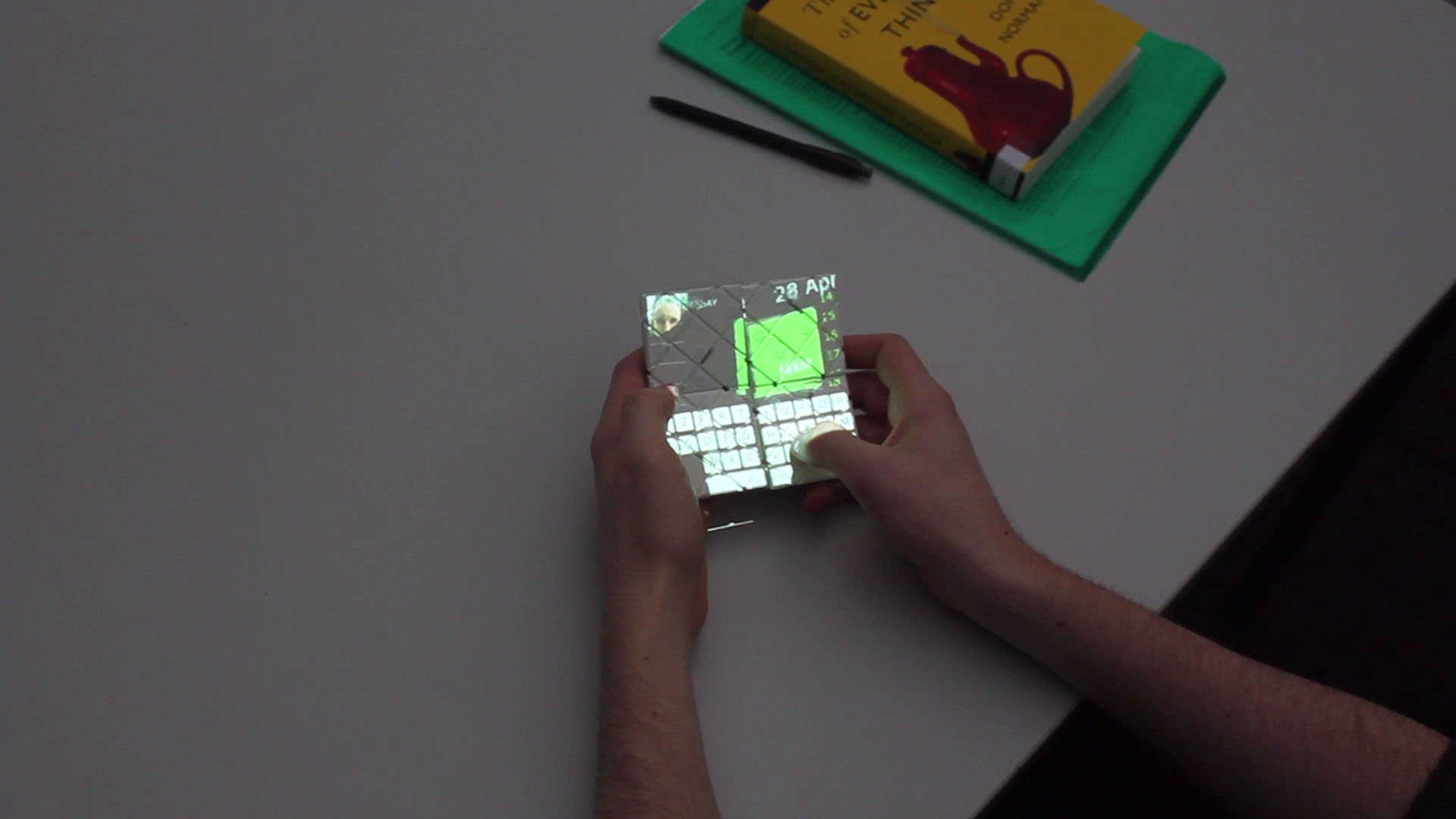 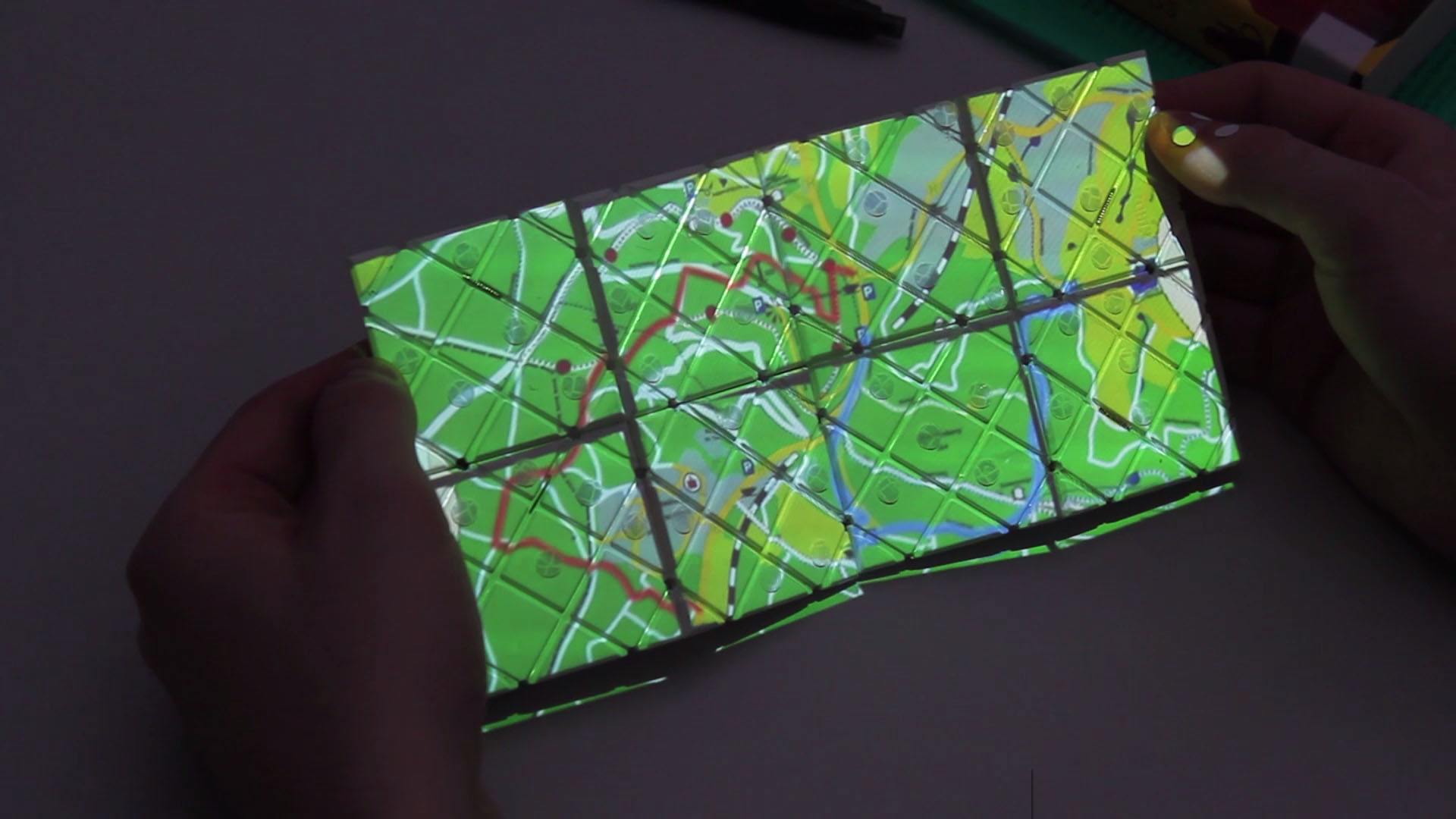